Shopping Cart
Your Cart is Empty
Quantity:
Subtotal
Taxes
Shipping
Total
There was an error with PayPalClick here to try again

Thank you for your business!You should be receiving an order confirmation from Paypal shortly.Exit Shopping Cart

WE ARE NOW IN PROCESS OF RELOCATING TO A BIGGER AND BETTER SHOWROOM IN HUDSON MA.

We hope that you find your visit with us helpful. We are focused on providing museum-quality Oriental Rug Cleaning and Restoration as well as offering for purchase one of the finest quality oriental rug selections anywhere.

The art of rug weaving began B.C. according to many researchers. The actual time period is not known. There are many speculations but that's all they are "speculations". How, when and where rug weaving began is one of many questions that we will eventually answer. I don't think we'll have that answer in my life time unless our bright scientists invent a "TIME MACHINE". Meanwhile we can entertain ourselves with many different versions by different people.

One thing we know is that the Persians(Iranians) rulers encouraged this art and by 11th and 12th century the carpet weaving craft was well refined by Persian Weavers. The mongol invasion brought a swift downfall and during Middle Ages, Persian Carpets or Persian Rugs reverted to being crude works of simple designs.

For two hundred years Persian Carpet weaving suffered because of the conquerors. Shah Ismail the first ruler of Safavid Dynasty revived the art around 1500AD. He gathered the greatest painters of his kingdom to create new patterns/designs. He then joined them with the master weavers to bring about the great Persian Carpet reformation. He certainly loved this art and he saw its importance culturally, economically and socially.

The carpet weavers at the Safavid court were centrally located between the weavers from the court of Great Moghul to the east and weavers from the Ottoman Court to the west. This gave the Persian weavers an advantage to interact with weavers from both sides. The result was magnificent. It was because of this interaction that the Persians created some of the most splendid carpets/rugs ever produced. There are no dispute among the experts that this time the 16th century was the golden age of carpets. The great quantity of rugs woven during this time period was shipped to Egypt, North Africa, Spain, Venice, Netherlands, France, Austria, India, Turkistan and China.

Every good thing will eventually come to an end. The Persian culture declined in the latter part of the 17th century because of the death of Shah Abbas and the Afghan invasions. The capital Esfahan was completely destroyed and with it the carpet industry as well.

By early 19th century Esfahan was rebuilt and the carpet weavers came under the patronage of the affluent merchants from Teheran, Tabriz and Kerman. The effort to revive rug weaning was fruitful and once again carpet weaving became Persia's major industry and export earner.

After WWI Persian carpet industry continued to flourish. The Persian Rug industry has been suffering again within past decades because of slew of "COPIES" from other rug weaving parts of the world but the production is continuing. The Persians and Persian Rugs have past the test of time and one would predict that in the future they once again overcome all odds.

If one may conclude this with a word of advise. When buying a rug for your home, don't buy a "COPY". Please invest your hard earned money in a genuine Persian Rug. Don't get fooled by terms such as Persian Style, Oriental Style, Hand Made Persian Design.......

Real Persian Rugs are only made in Iran and any other is just an imitation. These rugs/carpets don't deserve the high prices that they are being sold for in today's market. Please call us if you have any questions.

IT'S TIME TO WASH AND MOTH RESIST YOUR VALUABLE RUGS!!! 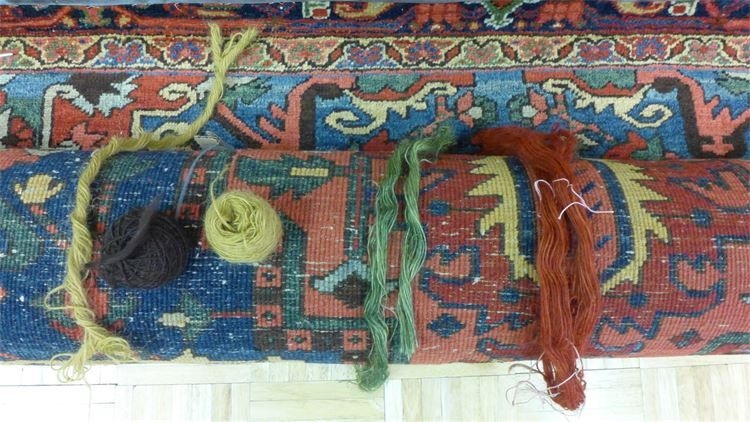 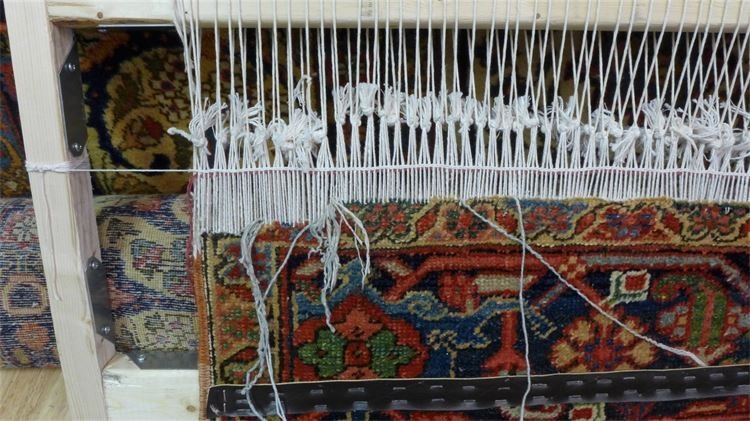 To come into contact with Kia is an exciting event. On the first day he rang me up from US to Europe. Our exchange of messages was very positive and helpful , even when it was clear that we would not make business imediately. I will remember Artistics Orientals and come back one day. I only can recommend Kia to any lover and collector of antique rugs. Ingolf

I second Mary's remarks ... Outstanding inventory, and service that you'll be hard pressed to find anywhere else ...

I was most impressed with Kia who came to house to look at my rugs and gave me an honest opinion of the rugs quality, names and what my next step should be. He was very kind and answered all my questions. His input and knowledge was excellent. I would recommend anyone to call Artistic and do business with him. Thank you again. Mary